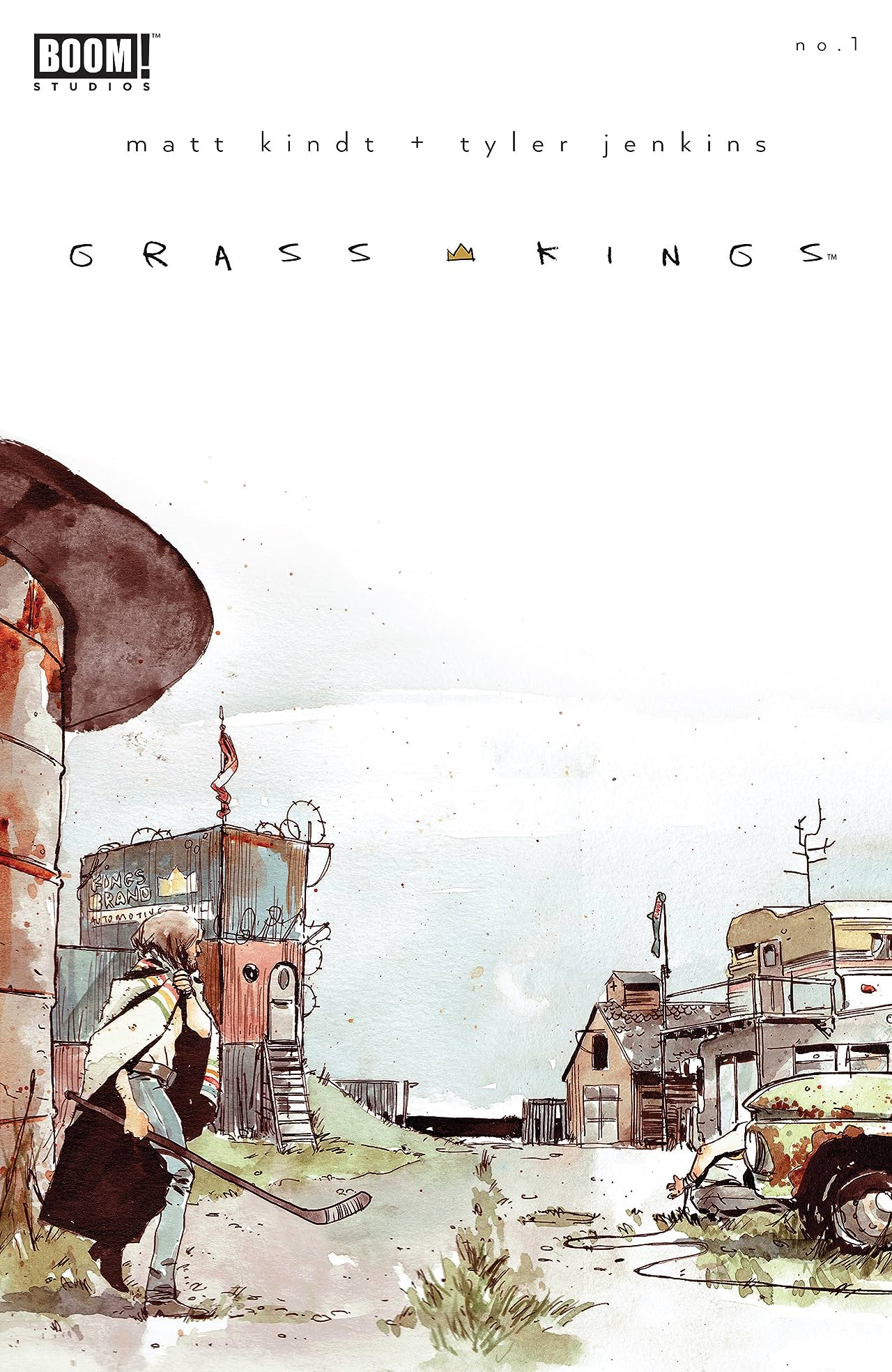 First, I gotta say, this is a comic I’m very interested in. By the end of the first issue, I wanted more and was happy to see that #2 was also on Comixology Unlimited.

Setting: The scene is set for this piece in a wonderfully unique way. It starts with narration, common enough, and depicts a Native American tribe. The narration all about the story of the land. Right off the bat, I understood that this story was as much about ownership as it is about peoples’ lives. After one native man kills another and takes the dead man’s wife as his own, there is a collection of time jumps, each a single panel. Each panel jumps about a century ahead, each showing the same land with different things on it. One of the ending lines of narration sums the whole tone of the issue up well. “This land has been fought for.” The time jumps stop on what is called, “now,” but it really looks more like the 70s or 80s. The same land, but something new is on it.

Plot: We pick up in a more contemporary time with a young man being shoved into the back of a cop car. We’re quickly told, but the apprehended young man that the cop isn’t really a cop at all. He’s a flunky cop that rules this little community, The Grass Kingdom like his own. His younger brother is “The Grass King.” The “cop” tells Lo, the young man all about how this community works. They take care of each other. They look out for each other. The only laws are the ones the people of The Grass Kingdom set for themselves. The main point of #1 is setting up the expectations. The real plot, the intrigue, the inciting incident, isn’t revealed until the last page, and I was like–oh! which is a good sign.

Art: Art sells comics. The art in this comic sold me on it. I liked the cover of #1. It’s ink and watercolor. I like that impressionistic style. I like the rawness of it. I like the gradients of the hues. Nothing in watercolor is that dark, so anything the artist wanted to be a dark color they had to go over it again with another layer. The result is awesome. It’s a bit of a juxtaposition as the content is pretty grim, but then there are these pastel colors–really beautiful landscapes and fairyland tranquility. But underneath what seems a paradise some dark secrets are hidden.

Conclusion: Yes, I’ll be reading #2, probably later today or tomorrow morning. The execution is right. The intrigue is spectacular, and the dialogue is right on. The writer (Matt Kindt) does dialect well. He doesn’t misspell anything. Instead, he uses syntax to illustrate the way people speak. A wonderful first issue to a piece that shows a ton of promise.