Theo’s skin was too thin. He’d suspected that for years. His veins ran visibly blue down his arms. Down his legs. He could even see one pulsing near his temple. His scarred cheek was finally healed. The left one. The other had also been disfigured, but that had been–what–a year ago? Something like that. 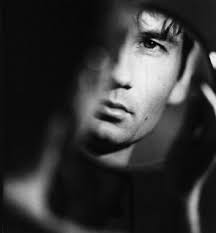 In the mirror of the bathroom of his London hotel room the counters were a glossy, white granite, the floor cold tiles, and the smell a sad lemon cleaning product that he hadn’t expected from such a reputable establishment. Never mind he couldn’t remember the name of it.

He ran the fingers of his left hand down that bare, rough cheek. The stubble there grew half heartedly. He reasoned he had cut out the roots unintentionally.

A chime came from his smartphone. He left the bathroom, the bathrobe wrapped tightly. His pants (khaki slacks) and shirt a (salmon) button down were laid out next to his flat, navy suit jacket and darker tie. Frankie had said this was the kind of thing people wear to lectures. Theo remembered his professors in college never wearing anything as strangely fashionable. Instead they had plaid short sleeves with breast pockets full of pens. One wore a stained and rather tattered, and Theo suspected, stinky sweatshirt. But once the outfit Frankie had laid out for him the night before was on, Theo agreed with the mirror that he had never looked so comfortable, with clothes on or not, in his life.

“These magics can never be counted on to act the way one thinks they should,” she said, helping herself to some potatoes.

Susie followed suit. “You made the vial?” she asked.

“Made? No. I found it for Jaspier when he told my of your predicament. I am, well, knowing in the new magics, though I dare say none knows all of how the world has changed.”

Susie ripped off a wing from the chicken and placed it upon her plate before attacking it with a fork.

The Wittle Place, said Tessa. I don’t know–I feel it has answers for us there.

“Can you tell me why we’re bound?” asked Susie.

The golden woman looked at the Scotsman. Susie couldn’t be certain, but she thought the delivery man shook his head almost imperceptibly.

Susie looked out the window, there was nothing but dunes. They climbed from the cab and Susie unpacked her blanket from her bag and the young African took out a bedroll and they both climbed onto the flatbed of the truck and lay there in silence looking up at the stars even though there weren’t many by the light of the moon.

“You tell goodbye to your parents?” asked the delivery man.

“It is hard to leave family behind,” he said. “I know. I do this thing long ago in my home. I leave and never say goodbye and never come back.”

“I’ll miss them, but they wouldn’t understand. And I’ll be back,” she said. She hoped.