It is prophetic that the author of this piece has the last name of “Butcher,” as she compiles all the headlines after a year of Googling “Woman Walking” and here are the results. I won’t share, but it is a long list of murders, rapes, abductions, maimings, destruction of perceived weakness. Like any ultra-violent piece, it raises questions of masculinity. What is it? While this piece is titled “Woman These Days” it should be titled, “Men These Days,” because the men in this piece are the agents of change and the women the unlucky ones who cannot seem to escape a societal phenomenon that perceives their pain and death as a spectacle to gasp at, but not to end.

The end of the piece is a slap to the face of anyone who believes feminism is harmful to the female gender. Of course, I’d posit that anyone who thinks feminism is a bad thing has an incomplete/ignorant understanding of what feminism is. But the ending of this piece is a snippet of conversation between the author and her male partner: the love of her life–as he explains that feminism is nothing more than a bunch of women that hate men, and how feminism is hurting the entire gender.

Paired with all the news reports, this ending strikes the heart of any reader. It turns the argument that feminism is about hating men on its head. Is it women who hate men in our society, feminist or not? Or is it men in our society who cannot grasp the vulnerabilities of womanhood and so lash out in anger, hatred, and violence?

Read the piece on Brevity’s website by clicking here.

Bee Man by Scoff Loring Sanders is among my favorite kind of pieces. It’s a piece, like so many of those found on Brevity, takes a tiny thought, interaction, instant in time, and burrows into it, finds the true meaning there, and reveals it to the reader.

In this, the author is on a bike ride in Appalachia country.  He stops at an old man’s cabin when the old man sees him riding by and offers him a cold drink. When Sanders comes closer to the porch of the house he sees that it is swarming with honey bees. The honey bees, says the old man, w 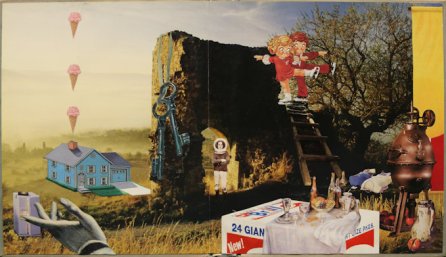 ere first fostered to attract raccoons. The old man liked watching the raccoons. They gave him a sense of connection–which makes sense, as anyone who has spoken to a raccoon knows those little critters are only one vocal cord mutation of speaking back.

The old man’s wife died some time back, but Sanders sees what should be obvious about the raccoons, but isn’t. They are now this old man’s companions. And while he is solitary he, with the help of the honey bees, is not lonely. He has made peace with a soft hum of nature and while Sanders finishes his bike ride, he can’t help but seek the same calm he saw within the old man.

Solving for X is a close look at the problems in our lives we want to fix. In order to make those problems fundamental, and so universal, the narrator focuses first on the difficulties of story problem when she was a girl, and how her father tried to help her. In his mind, he was a good teacher, but the more pam can’t understand it the more stupid she feels and more frustrated her father gets.

At first, these calculations are low stakes, but as her life goes on she sees that the stakes change.

They are higher. She can’t help but try and do the calculations that tell her if she will live to the next total solar eclipse in 2052. When she does this, she keeps coming back to the answer of–probably not.

This piece braids the chronology jumping from past to present, to a different past, and back again. Like much flash nonfic the math her father tried to teach her is an extended metaphor for not only aging but all the problems in her life that are inevitable and can’t be fixed.