Jamie had been going crazy go for a while. She’d tried to explain it, she’d tried to deal with it herself, she’d tried to smoke the insanity away with pot but it only made it worse. When she talked about it she was unable to tell anyone what it was. She would start with lines something like–

“I think I can explain it.”

Then launch into a story about a tiger and a mushroom trip. But when she stopped talking and nodded in satisfaction as though she’d finally said the words she’d been trying to say, nobody knew what she was talking about.

On the day in questions one of her roommates had called friends and thrown a small get together before going to the bars, downtown. They drank good beers and took shots of Jameson that had been floating around since christmas without any resolve. The kitchen was a mess of a place with dishes piled near the sink and food splattered over the stove. The floor was stained and marked by food and shows alike. When they cleaned it they would throw down some bleach, the spray water on the linoleum take a long, stiff haired brushed, rather like a brume and scrub it like the house had horrible teeth–though it was only the floor.

There were five or six people in the kitchen on this night. All drinking. One or two with ciders, the others with beer. All laughing and having a great time. Nothing seemed out of the ordinary. Then a black dog ran into the kitchen, wagging her tail. The dog’s name was Nexus. Then, behind her, in the doorway Jamie appeared. She’d shaved her head some time ago on both sides and left a small amount of hair near the top, and though 26 years old, she hadn’t been able to shake the acne that spotted her face. Even if she had not been going insane, she would have looked crazy.

She leaned on the doorframe. She had a habit of wearing clothes that were far too large for her. Her eyes were severe, turning inward and it was clear she was seeing something other than everyone else in the room.

Her lips moved but no sound came out. Then, with what looked like great effort, she spoke.

She didn’t say what needed to be explained.

“We’re hanging out. That’s all,” someone said.

She mouthed words again, but this time no sound escaped. Then she sank down onto the floor, he back to the wall. A couple people asked her questions but she didn’t answer. She just looked ahead, unseeing and unaware, as far as anyone could tell, that the only thing that was wrong was her.

Years ago Greg and her were a couple, now they were good friends and when Jamie was afraid and scared of nothing Greg was the only person who could communicate with her.

“Greg is at work,” said someone.

Jamie’s lips moved then she began to shake. Her breath was shallow and nobody knew what to do.

“But what I’m saying is,” I’d say, “is that that kind of loss, that loss of love is in a way that loss of life. Or the loss of a life you could have had and when that life–that potential life dies, it’s similar to your body dying and you going away.” 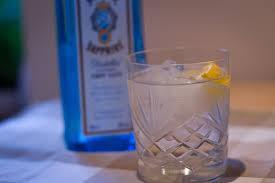 In the other room your daughter would turn on the TV and we’d hear and catch a couple words from each channel before she flipped the switch and we’d hear the next and I felt as though I was walking through the station or the underground and just tuning into other peoples conversations for a moment before moving on–because I really don’t care much about what other people have to say unless I know them.

“I think experiencing loss is just a big part of life and so to let go of life it will help knowing that kind of loss isn’t the end but just the beginning of something new,” I’d tell you.

“Now you’re talking about the afterlife?” your wife might ask.

“No, I’m talking about change. Because everything is changing always.”

“You’re saying that the potential lives everyone have are like mini deaths once ruled out?” You’d ask.

“Yes and no. I don’t think those potentials that we pass that have such little consequence we don’t register, and so they aren’t important to us. But the big potentials. The ones that hurt, those are the helpful ones.”

“I don’t think the loss of love is helpful in the way you think of it,” you say.

“That’s a fatalist attitude,” you say, taking some nacho chips. I haven’t touched them and neither has your wife, though her gin is nearly gone now.

“It’s not. It’s just an acceptance of what will be lost–in the end.”

“What do you think about this?” you ask your wife.

She swirls her gin, which is odd, but then drains it. Then she says, “I know what he means.”

“I know what he means when he says once you’ve lost love like that you can leave everything else behind and be alright with it.”

“That’s extreme though,” you say. “To leave everything behind and be alright–I mean what kind of things would you need to go through to feel that way?”

I’m quiet, wondering what she will say. Wondering and knowing at the same time.

“Love,” she says. “Extreme love that only comes around once a lifetime. If you’ve lost that,” she says,” then you can lose it all and it won’t even matter.”

In the other room your daughter has settled on a channel, but I can’t make out the words. I am looking at your wife with understanding, but when I glance at you all I see is fear. Maybe this is your loss, the one that will help you understand. Because whatever happens next won’t be the same as what has come before.

Why would they put that story at the back of the book? He flipped to page 137. The binding was stiff, as though the book hadn’t ever been opened.

Doug hadn’t ever read the story. He reached in and brought out the money he had left.

He looked at it. He flipped back to the cover and read the price on the inside. $5.50.

He needed a shower which would cast another three at the YMCA. He went toward the counter and put a ten dollar bill on the counter with the book. Dickhead at the counter wrinkled his nose as if Doug had a horribly unsavory smell–he probably did, but he also probably smelled a lot better than when he had been wearing his other clothes. The clothes that were now swirling in the machine.

Dickhead didn’t speak or make any kind of acknowledgment that Doug had.

“Uh, you got a bookmark?” asked Doug, because he wanted Dickhead to acknowledge him.

The guy grabbed something from behind the counter and tossed it down for Doug.

“Thank you so much,” said Doug, ironically.

The guy with a knitted brow nodded without a smile.

Doug left and crossed the street over to the laundromat. Someone else was there now. A woman by the look of her thin shoulders–her back was turned. She was scooping clothes into a washer. Doug took a seat on a chair by the door. The smell of wet and dry and detergent was all around him. He opened the book to What We Talk about when We Talk about Love, smoothed out the spine, stretching it so the pages would lay flat and read–My friend Mel McGinnis was talking. Mel McGinnis is a cardiologist, and sometimes that gives him the right. Before words jarred him out of his revery.

“Hey, what are you reading?”

Doug looked up. It was the girl. The one he’d seen early that morning near the fake grass at the new towering apartments. Now that he actually looked at her, Doug wondered how he’d ever mistaken her for a young man. Her shoulders were too narrow, her hips too wide, her bare arms protruding from her short sleeves too smooth and milky.

Doug held up the book.

Doug raised his eyebrows. “Me either,” he said, pointedly.

The woosh-woosh of the machines washing was all the existed for a moment. The smell of detergent painfully obvious to Doug–a reminded of how he didn’t smell clean.

“I saw you in front of my apartment,” said the girl. “Tugging on the fake grass.”

“Were you hung over?” she asked.

“Where do you sleep?” asked the girl

Doug looked up at here. That short, mousy hair, all messed around like she’d just gotten out of bed.

“Are you a student at the university?” asked Doug.