I’ve sometimes thought that I take myself too seriously as a writer. Then I realize I definitely do. When did writing become a chore, a line on my “to-do” list. When did it stop being my exploration into the human nature we all exhibit and start being the long hard slog of artistic endeavor? I’ll tell you when.

Of course, revision isn’t typically thought of as a “when” but let me assure you it is. Revision is time that spans months and even years. And it’s not fun. Not for me anyway. For me it’s something else to check off. So that’s when writing stopped being fun. This isn’t to say it’s not fulfilling, or course.

But now, with my thesis approved and graduation nearly innevitable, writing can be fun again. I have so many ideas for stories I just haven’t had time for, as well as some revisions I can do–if I so feel like getting something up to publication standards.

But back to the fact that I take myself too seriously. I do. And one way I do this is by saving all my work for some unknowable publication in the far distant future instead of writing for writing’s sake. I think it’s part of a writer’s evolution to want readers, but why must I publish through the traditional channels to feel accomplished? Why not publish it online. Why not put work out there, into the ether and see what comes back. I believe (though I have no way to know) that I’m an above average writer of fiction (ego ego ego)–so why can’t I have an online following? I mean, that’s what this here blog is for, and it doesn’t get a thousand views each day, but it gets some and that’s enough for me.

I know you know my novella The Night Sputnik Flew is being serialized up on Jukepop, but now I’ve decided to put a work in progress up there as well. It’s called MODED, and it’s a science-fantasy-cyberpunk thriller. I call it science fantasy because it’s more fantastical than it is scientific, but there is a lot of unexplained technology in it which could make it fall into the science fiction realm.

With this piece I’m just aiming to please myself. I’m not writing for a deeper purpose. I’m writing characters I think are exciting and intersting and putting them through a ringer of a plot that I think is exciting and interesting. Maybe the piece raises questions about technology, but it’s much more of an adventure piece than it is a thought piece, like much sci-fi is.

check me out on Jukepop if you have a chance: Click here

I’m pleased to announce that I’ve finished the first draft of a comic book, which will be illustrated by Andy Flemming, a friend of mine.

He approached me about a year ago with the idea to collaborate on a graphic novel. It was an ambitious idea for someone who’d never written a graphic novel before, but I didn’t think it was outside my capabilities. It would just take a while. After writing nearly 20 manuscript pages, Andy felt as though we should try something smaller and maybe get back to the GN later. Our comic book is 25 manuscript pages, which means it’s about 60 or so actual written pages–of course there’s a lot of white space.

For research I bought Blankets by Craig Thompson and Low vol 1 by Rick Remender and Greg Tocchini, Blackhole by Charles Burns and East West vol 1 by Jonathan Hickman and Nick Dragotta to get a feeling of how comics and graphic novels flow. Comics/GNs are so much more cinematic than writing prose. I was constantly thinking about camera angles, lighting fixtures and shadows. I could see in my mind exactly where I wanted the panel to go, but I also needed to give Andy enough freedom, as the artist, to do his own thing and interpret my manuscript in his own way.

I’m excited to see what he comes up with, as there are some cool SF elements in it, as well as space creatures and very grounded, real human questions. I’ve always felt like that was where SF fell short at times: real human questions. I want to know that the character I’m reading about is grounded and real, not just some space junkie from planet X. In order to do this in my manuscript I thought about the most difficult decisions people make in their real lives under bad conditions. This is where my protagonist finds herself. She must make a very real decision while on a SF adventure, so to speak. I feel like there are a lot of layers to it, and hopefully you do also.

I hope to post some of Andy’s concept art and sketches here in the coming months. That, perhaps, more than anything will make this project feel real. It will be scary, but exciting to see my characters transformed from words to images. 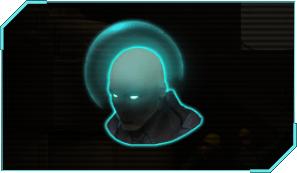