I know my coverage as of late has been on stories from Asimov’s and F&SF, but I do still have a subscription to The Believer. It’s one of my favorite productions, still, though I’ve found the offering a little more hit and miss over the last few issues.

This piece is intriguing, though lacks, for me, any definitive meaning. It is a rather typical 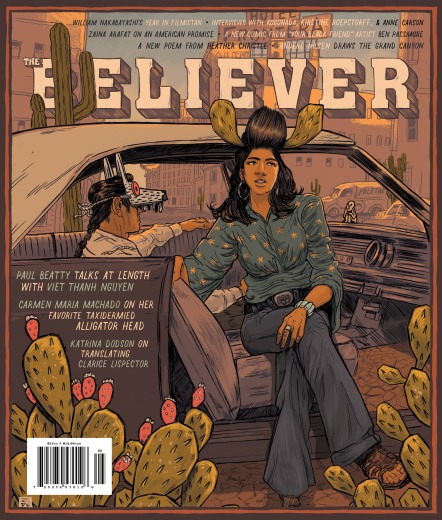 piece you’d find in The Believer if there is such a thing as a typical piece for this publication. The author travels to Mumbai as an ethnographer and meets a man who was part of the aboriginal peoples of what is now called Filmistan. Filmistan is a movie production hub with multiple sets and sound stages. Sadly, the formation of this Filmistan in the 1940s displaced the indigenous people of the region. Now there are very few who identify as Warlis, rather they have mostly assimilated with the rest of the populace of the suburbs of Mumbai.

Vikas is a Warlis and one that still practices, or attempts to practice many Warlis traditions. He maintains much of the prayer and spirituality as his indigenous ancestors but is constantly influenced by a film industry that worships fame, visibility, and technology more than the old mystical aspects of the human experience.

The author of this piece has been friends with Vikas for almost 2 decades and watches him go through the heavy endeavor of marrying ancient traditions with an ever-changing technological world in which social stratum is less defined yet still maintained by economic fortune and visual expectations, as visibility, in Vikas’s mind, is power.

It’s an interesting piece, but I feel as though I’m still unsure how monumental the founding of Filmistan was and how much damage it did the Warlis people. it is obvious that it was severe, but this piece focuses much more on Vikas and his eccentricities than on the difficulties of losing oneself when the culture you have ancestral ties to is degraded and disregarded.

Katrina Dodson is a writer and translator. She was tasked with a new translation of the author Clarice Lispector. By Dodson’s own admission, when her Complete Stories translation came out it made a splash in the small corner of the literary world that appreciates difficult and strange authors. I can’t claim to be particularly fond of either of these–though, I dare say, some people might deem my interest strange. Yet I had never heard about Lispector until this reading. 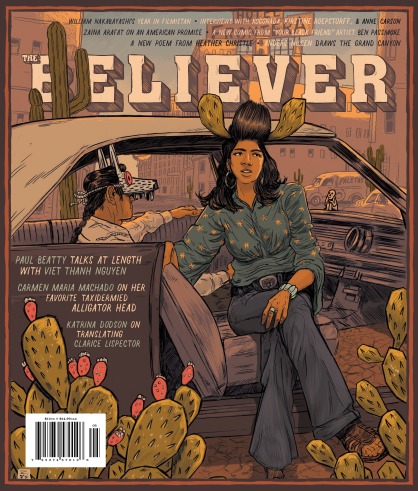 Lispector is considered now, a Brazilian author, though she was also a Jewish Ukrainian who fled to Brazil in the 1920s due to the prosecution of the time.

She was known as a mystic, a guru (perhaps) and mostly a writer of extraordinary gifts and bizarre tales. The difficulty in translating her work is that she commonly dissolved conventional grammar and punctuation and adopted her own. Dodson gives multiple examples.

I’ve never had much use for mysticism. I typically think people see what they want to see–which means they see connections in the world where there would not be any if we were not here to imbue them with meaning. While I don’t doubt the literary prowess of those who enjoyed Lispector, Dodson’s essay on the subject of her translations of an idol, feel more akin to hero worship than any time interesting story or lesson. While I typically do enjoy learning about extraordinary people, this piece feels more like a eulogy. But whether it’s a eulogy for Lispector or just the act of finishing a work that took many years for Dodson, I don’t know. (C-)

The End of Evil by Sarah Marshall is a long essay (not a short story) chronicling the deeds and death of notorious serial killer Ted Bundy. When I first started reading I did so with apprehension. Ted Bundy’s story has been written about so often and from so many different angles, I felt a foreboding, or maybe even a board deja vu elicited by the first pages of this piece.

Then, a few pages in, some new ideas were introduced. So often Ted Bundy is been labeled nothing more than a psychopath–but the word has been bastardized and blanketed over prime-time television as much as Donald Trump’s shitty hair.

This piece dives into the test for psychopathy. It’s not extensive. It’s not infallible, and it’s by no means decisive. No. It’s a list of 20 questions. Each question is worth between 0 and 2 points. After all the questions have been administered to a subject by a qualified psychologist, anything over 30 points is considered psychopathy. However, five of the 20 questions depend on any criminal history, which predisposes people of color to have a 10 point head start toward the 30 it takes to be stamped with this horrible label due to the fact that the prison system targets people who are not white far more often than those who are.

Marshall, growing up as a young woman and learning about Bundy hated the narrative that she could have been one of his victims. In her interest and research about the man, she began to deconstruct the myth surrounding Bundy and to see the man behind it. A man with acute social anxiety, confused social understanding, and as a man who was deeply afraid and dependant on women. A man who saw women as more capable than most men–and because of this, a man who held deep resentment toward women as well.

While resentment was not something Marshall felt toward other’s of her own gender–she did identify with other aspects of Bundy’s life. She connects with him on a human level, even though he’s been dead for years now. She sees him as a man who faced dark times and was not given the help he needed when he needed. Was not given support when support was what would have saved him. He was a man who had thought he could save himself from urges he knew was wrong, yet could not control.

Coincidentally, I’ve been reading Heart of Darkness by Joseph Conrad and watched Apocolypse Now earlier today. It seems this story, of the end of evil, the glimpsing of an ultimate evil within ourselves can’t stop being told. This essay was a timely one to read, for me, an interesting look at a man I thought had already been revisited too many times.